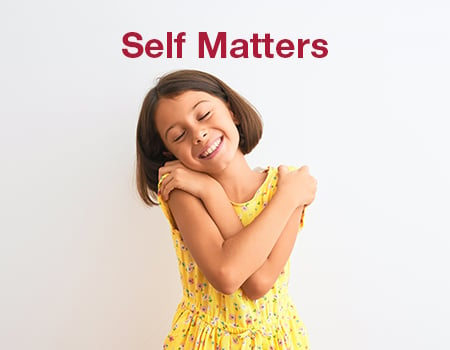 How can your ABCs skyrocket your self-confidence and success?

Have you ever beat yourself up over something you said? Or perhaps got extra critical of yourself because something turned out differently than you expected?

Of course you have - you're human! We've all found ourselves lamenting over a poor decision or feeling ashamed of something we did. A voice in our head pops out at these inopportune times, and it's usually far from self-compassionate.

If we don't stop to question our Inner Critic, two primary issues result.

First, we often view these moments as isolated incidents. This narrow-sightedness prevents us from seeing the patterns that emerge. And second, over time, our Inner Critic isn't just a reaction - it becomes our beliefs.

We've got to become more self-aware of our Inner Critic to move from limiting beliefs to more meaningful ones. But how do we do so, with all of the complexities of emotions and beliefs?

We get back to basics: our ABCs.

The ABC model, created by psychologist Dr. Albert Ellis, can help us become more self-aware and, in doing so, begin to quiet our Inner Critic.

Adversity means whatever event or situation inspires a reaction from us. It might be a challenge at work, an argument with a partner, or a disappointing result. This adverse event activates our Inner Critic. You know, that critical voice in your head that brings you down and tells you how you're not good enough.

Every time we listen to our Inner Critic, we unconsciously create Beliefs.

Essentially, our beliefs are how we think or feel about what happened. Often, these beliefs are about our role in the event (and what that says about who we are as a person). They make us feel unworthy and not good enough.

An Example of ABC's and Inner Critic

For example, I recently pitched a new idea to my team at work. I was super excited about the concept and saw so much potential. My boss, however, was much more skeptical. He recommended I wait and wanted me to gather more input on the idea. My excitement immediately deflated - but what beliefs did my Inner Critic create?

Which one did I think? Not surprisingly, my Inner Critic sent me into a vulnerability hangover and landed me with the second set of beliefs. I'm human, after all, and our brains default to negativity.

But we're not done yet. After our Inner Critic creates beliefs, these beliefs influence what we do. Our belief-inspired actions are the consequences.

For my example, my negative beliefs put me into a self-defeating mood. I lost my excitement and confidence, and the idea - which still had a lot of potential - suffered because of it.

Sure, I eventually worked through my emotions and regained some energy. I tapped into some self-awareness to better understand my reaction. But it still hurt my confidence and positive outcomes overall.

Isolated incidents like my example might seem small - but they eventually add to more default ways of thinking.

That's why understanding our ABCs will help us recognize our Inner Critic, interrupt negative patterns, and develop more positive beliefs.

Our emotions control us more than our thoughts do. Our cognitive thinking is often playing catch-up to our feelings - rather than the other way around. This means that how we feel often influences our beliefs in powerful ways.

What's worse, our biases come into play to further this problem. We're wired to notice negativity more, so we spend more time thinking about adverse events than positive ones. As a result, adversity is going to play a more significant role in developing our beliefs. (A.k.a. that nasty Inner Critic voice telling you that you're not good enough.) Our shame and fear kick in, making us believe we're lacking in many ways.

It's a vicious cycle, no doubt, but not a hopeless one.

How Using the ABC Model Can Help

The key to changing your beliefs is to improve your self-awareness. Using the ABC Model, and breaking down your reactions into three clear labels, will help you:

1. Understand what your Inner Critic is saying.

Do you know how often we listen to our Inner Critic without even realizing it? Most of us associate our Inner Critic as our voice and accept it as reality. However, by stepping back and looking at the ABC sequence, you can discover how your inner dialogue reacts to adverse events in your life. You can pick apart precisely what you think about yourself and what inspired these negative thoughts.

2. Acknowledge the beliefs you repeat.

You can only identify patterns if you look at the big picture. That's why, when we only look at critical moments as isolated incidents, we fail to recognize the vicious cycle that we're in. Using the ABC model will give you multiple examples to compare. You can even line up your ABCs side-by-side. What common themes emerge? What beliefs do you repeat, even if the adverse events are different?

3. Learn how your beliefs connect with your actions.

Once you recognize your Inner Critic and acknowledge your patterns, you can begin to see how they connect with your actions. Before, you probably just acted based on emotions and default ways of thinking. Now, with the ABC model, you can become more aware of the connection between those repeated beliefs and how they play out in your behaviors.

4. Teach yourself to interrupt the cycle.

Only once you fully understand your ABCs can you begin to make more positive moves. Armed with greater awareness, you can start to interrupt your Inner Critic and talk back to it. You can also interrupt the adversity-limiting beliefs-unhelpful consequences cycle much sooner in the process. The more you practice this interrupting, the more adept you'll be.

You can't expect to be great at the ABC model right away, nor can you expect doing it a couple of times will illuminate excellent results all at once. Like anything, it's a self-awareness skill that takes practice.

Try to do your ABCs regularly. Rather than wait for a moment when you feel extra emotional, begin using it for lower-stakes situations. Over time, you'll build the muscle and work your way up to greater insight.

I also encourage you to do it through writing. Physically writing out your ABCs will expedite your growth and self-awareness.

While ABCs can simplify your journey, becoming self-aware is far from simple. That's why you must find ways to get out of your head and away from your Inner Critic. You must create a mental space where you can learn more about your patterns. What's the best way to do this?

Journaling, of course! The act of putting your thoughts on paper will open your mind and force you to listen to perspectives other than your Inner Critic.

Consider journaling about the prompts below:

Kara McDuffee is the writer and founder of My Question Life, a community dedicated to helping you discover yourself and find the answers you’re searching for.  She gives you the questions you need to become more self-aware and vulnerable in your everyday life. To read her posts or download her free eBook The Art of Being Self-Aware, check out her blog.

Self Matters: Stop Asking Permission To Be You

Self-Awareness: A Deadly Misconception that Might Be Hurting Your Self-Insight More Than Helping It

Self Matters: How To Identify Stress And De-escalate It

Spiritual Matters: I Ask SOMETHING To Help Me

Self-Awareness: What Patterns Are Holding You Back?