A Year of Journaling and Journeying 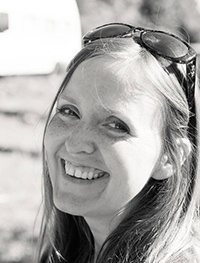 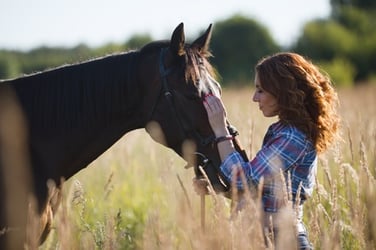 Around this time a year ago, I faced a fork stuck in the road. To stay in my council home and attempt to go back to a full time teaching job; or continue counselling training, keep the pony and instead let my home go to the next person on the council homing list. Teaching had made me ill in the past, emotionally, which then manifested physically and forced me to stop.  My flat and this area now reminded me of losing my foster daughter; whom I have know all her life because she is also my niece.

My sister's journey in life was turbulent and her resilience was tested to the extreme. She became severely mentally ill after one trauma too many and eventually her daughter was removed from her arms one night by the police. Social services placed her 10 year old daughter with a stranger, whilst my sister ran away and became a missing person for many years, before finally being diagnosed with schizoaffective disorder and given the help she needed years ago. There was no father on the scene; he had been incarcerated for 15 years just after my niece was born. It took 10 months for my niece to come home to her family. Social services fought against me and looked through my past with a fine tooth comb. I had two medals for my country, having served in the Armed Forces, worked for two police forces and was at that time a secondary school teacher.

Aged 11 she came home to me and stayed for five years. In that time I introduced her to the wonderful world of horses. We don't come from a wealthy background, but I figured out ways to be with other peoples horses throughout life. Being with horses was therapeutic and I noticed my niece felt the same. They emotionally grounded us both at a times it felt someone kept trying to knock the floor from under us. When she was 12 we got our first ever pony, Jac and he was very loved. He was amazing when she was temporarily paralysed at 14 by a spinal stroke, he helped her rebuild her core muscles whilst the chiropractor helped her nervous system repair itself and she walked again. Eventually she was able to run. A year later at 15 she began to run away from me. After the third time, social services ended 'the placement' without so much as a disruption meeting and a week later the foster allowance was stopped.

Before she was paralysed I had been lecturing and running a business part-time. As her paralysis occurred it had meant giving up everything as it was full on and full-time. Thankfully, I had begun counselling training whilst she was able to return to school. Unfortunately it would be at least two years before that brought any income. I made the decision to continue with this path and became homeless, staying at friend's homes. I sold my belongings which bought me some time and allowed me to keep Jac.

Journaling goes hand-in-hand with counselling training, but it was my old business website that became my real platform to help me process what had happened. I blogged my thoughts and used creative writing to express my feelings for the year that followed losing her. If my writing helped anyone else along the way then that was just a bonus. My niece is now 17 and I have not heard from her but ironically work as a voluntary counsellor and listen to other teenagers. I trained as an Equine Facilitated Psychotherapist and with a friend set up a business to help people achieve emotional and mental well-being with a beautiful healing herd of twelve horses. If it was not for a year of journaling and journeying with Jac, I am not sure where I would be today. 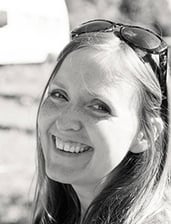 Georgie graduated from Plymouth University in 2007 with BSc (Hons) in Animal Science (Behaviour & Welfare) after careers in the Army and police. During university she volunteered for the RSPCA (domestic and wildlife), Bat Conservation Society and became a Marine Mammal Medic for the BDMLR.

Georgie has trained in a number of therapies for people and animals, and now offers intuitive healing for people—and a listening ear.

George is training as a Therapeutic Counsellor (CPCAB) specialising in Person Centred, Transactional Analysis and Gestalt Therapy. She has gained experience in this field working as an honorary counsellor for NHS Steps to Well-being and after relocating to Glastonbury for Help Counselling for children and young persons, and for adults in Primary Care in Yeovil. She is also a LEAP practitioner, writes for horsemanship magazine and provides Equine Facilitated Learning and Equine ReWilding alongside Livvy at Paintedhorse.

Do you find yourself dwelling on missed opportunities? Or perhaps you're having trouble making sense of it all? Please download our free ebook, CreateWriteNow's Expert Guide to Therapeutic Journaling,  shows you journaling can provide the tools you need to achieve the happiness we all deserve.

Who am I? It's a simple question, but doesn't have one simple answer. Become more self-aware and unlock your true potential with our self-paced journaling course, Who Am I? 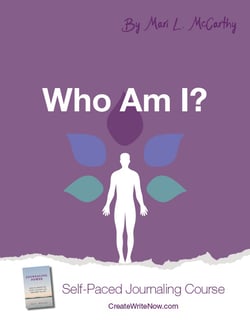