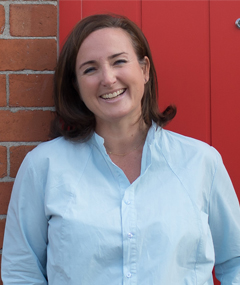 I have kept a diary since childhood, from the age of nine or ten. I write it at the end of every day. I do not remember exactly how old I was, or what motivated me. It could have been the literary influences of the time – The Secret Diary of Adrian Mole by Sue Townsend was popular. The Diary of a Young Girl by Anne Frank ignited in me a lifelong interest in holocaust history. Are you there God? It’s me, Margaret, by Judy Blume, while not strictly a diary, read like one. These books were cultural phenomena, like Bridget Jones’ Diary by Helen Fielding would be much later.

Two other diary-style books I have enjoyed recently are Diary of a Young Naturalist by Dara McAnulty and The Diary of a Bookseller by Shaun Bythell. The diary form is easy to read. It is also easy to write. Not necessarily for publication but for yourself. Write as much or as little as you want.

When I look back on my childhood, despite being surrounded by literary diaries, I wonder was I motivated by an urge to catch time, to capture memories, to record history, even if it was just personal history. I have always had a sense of time slipping by, always slightly out of reach. I wonder was it an effort to control it? Whatever it was, it wasn’t something I dwelled upon. I just wrote. The daily entries became habitual and continue to this day.

As a result, I own a lot of notebooks. I satisfy my stationery obsession by buying pretty paper to write on. Many writers have notebook obsessions, but many also admit to not wanting to spoil them by writing in them. I have no such qualms. I scrawl across the pages, lined or unlined, decorated or plain, with whatever pen comes to hand and let the thoughts fall out of my head onto the page. This action creates mental space. It acts as a sort of cranial decluttering, an exercise that allows me to process what has gone on during the day and ultimately allows me to forget about it. Writing down the experiences of the day is like putting an object in a drawer. Then locking it. My childhood diaries always had a key.

If I miss a day, I feel unsettled. Often, I find sleep elusive until I have written down my day. There is a scene in Harry Potter by J.K. Rowling, in both the books and the movies, where Albus Dumbledore and Harry stand beside a pensieve. Dumbledore extracts thoughts and memories from his head by tapping his wand against his forehead and the thoughts stream out like ribbons. He tells Harry he sometimes feels he has too many thoughts and memories crammed into his mind. To this day I remember the jolt of recognition I felt when I read that chapter and saw the scene in the movie.

I began writing seriously in 2017, at the age of forty-four. When my work started to get published, someone told me to read Julia Cameron. She advocates writing morning pages, three pages of stream of consciousness writing first thing in the morning before you have had a chance to wake up properly and in that liminal space allow the words to flow. Many writers swear by them. Irish writer Anna Burns, author of Milkman, Booker Prize Winner, acknowledged The Artist’s Way process in interviews after her win.

I tried to write morning pages. I couldn’t. I am not a morning person. I was grouchy, grumpy, or rushing out the door, none of which was conducive to writing. I took the pressure off myself because I realized I was already doing morning pages and had been all my life, only I was writing them at night.

I found Julia Cameron’s three-page dogma too prescriptive, and I would sit there in a morning fug, staring at the blank page in a rage, wondering how I would fill three of them. It turns out though, when I write my diary at night, it is generally a three-page entry. That is how much space it takes to get the day out of my system.

I do not think it matters when you journal, or how, although I always, always write my diary in pen on paper. I have never kept a digital diary. I type directly onto my screen whenever I am producing work for publication. It is faster, easier to edit, format, and print. But I feel,

deep in my subconscious, one step removed from the work. When I pick up a pen, my body is involved. Physical contact. It is similar to cooking – when I chop vegetables with a knife on a board, my body is involved in the process, my fingers stain or stink depending on the vegetable and my eyes may water but if I put the vegetables into a blender that will slice them for me then there is a similar result - the machine-cut vegetables will emerge neater and tidier but my fingers will be clean as I am one step away.

I never re-read my diaries, in the same way, I do not think about the yoga class I have done, or the tennis match I have played. It is an exercise like any other and once it is finished, I forget about it. Although I do have boxes of beautiful notebooks to treasure!

Whenever I am asked when I started writing, I answer ‘all my life’, even though I was first published in my forties. When I am asked if I write every day, I answer yes, because I write my diary daily. The work that goes into the world and gets published I do not work on daily, sometimes weeks pass while I let a piece sit or wait for an idea to percolate, but the diary – writing it is as natural a daily activity to me as eating, drinking, or sleeping. 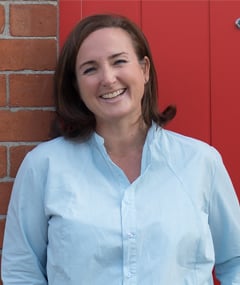 Michelle Walshe is from Dublin, Ireland. She began writing in 2017 and has been published in print and online in newspapers, magazines, and anthologies in Ireland and the UK. She has won bursaries, residencies and writing prizes, most recently the Iceland Writers Retreat 2020 and an Emerging Artist Award 2021 sponsored by the Arts Council of Ireland. Her published work can be found on her website www.thesparklyshell.com and you can find her on Twitter @thesparklyshell.