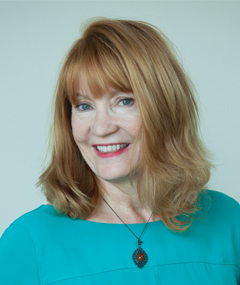 Being with the dying and going through your own cycle of grief is going to change you. It might surprise you to learn that this is a process that can bring you gifts if you are ready to receive them.

After I reached a certain point in my journey, I felt ready to share my experiences. To open up about how it felt to be mourning my loved ones while watching how my loss impacted others around me. And then later, as my journey continued, I began to wonder how others dealt with their experiences with death and grief. And as a Buddhist, I was curious about Buddhist spiritual teachers. Was this easier for them? And what recommendations did they have for the rest of us? I reached out to several different teachers. And twelve of them responded. With open hearts, they shared their time and their wisdom. And it was through these discussions that I began to recognize the gifts that can come with grieving.

Diane Wilde, who has taught Buddhism in the California State Prison System for more than eighteen years, found that grief deepened her Buddhist practice, and that she became even more diligent. She found that after her husband died, she was really able to meditate and dedicate merit to others in a much more meaningful way. She had this realization that other sentient beings were going to have the same experience—that they too will face death—and this made her spiritual endeavors more poignant. She could feel herself becoming kinder and more compassionate. Now she is more willing to be with people who are suffering or dying or grieving. In fact, she feels it is important to be there for them—to visit people, because sometimes others cannot. There are people who have such a fear of hospitals and illness that they cannot be there for their own loved ones. Diane can sit with another woman whose husband is dying because she’s already been through it. She understands that there is nothing for her to do other than to be there. Diane knows that this woman is going to go through a difficult time, but she will come through—she just has to do so on her own schedule.

I watched something similar happen with my mother. My father died when they were both in their eighties. She had seen other women around her lose their husbands. And while my mother was not unkind toward those women, she did sound a bit condescending when she mentioned them. In her social group, I noticed that there was a separation between the women who still had husbands and the widows. I am not projecting here, because there was a day when my mother shared with me that she felt guilty for her past attitude about the widows in her group, and that now she more fully understood how they felt. This led my mother, Joannie Meloni, the sometime rebel and activist, to reach out to the other widows and create stronger bonds with them. She made sure they were included in her social activities. In some ways, she started a movement. I envision the tagline, “No Widow Left Behind,” or perhaps, “No Widow Sits at Home.” She did not want to be alone and feel ostracized just because her husband had died. She missed my dad terribly. And she knew that the healthiest thing for her to do was to live her life as fully as possible. From her loss, came a gift to her forgotten friends. The ones who received fewer invitations because they were no longer part of a couple.

After she died, those women missed her so much. I still get cards from some of them each year, and they always mention how much they miss those outings with my mother. And that is a gift to me. To hear from people who honor the memory of my mother.

To accept death into your life is to receive a new motivational coach. Each of our teachers received this motivation at different stages in their life. Noël Alumit, a former classmate, put into words something that we might consider to be a regular part of maturing. Becoming aware that our time here is limited. Here is how he expressed it to me:

“I think, you know, ever since I turned 50, it's also become a state of whether I don't have that much time on Earth . . . And that spurred me to get busy really quickly. You know, so I feel like this period. It's about, oh, I need to create as much as possible. To write more, paint more, photograph more, you know, so we don't know how much time we have left.”

One of the gifts of death is a reminder that the gift of time is not limitless. Instead of mourning your youth, you can decide to accept the gift of aging. Most of us have colleagues, friends and family members who are no longer aging along with us. Like Noël, we can let the ticking of the clock encourage us to do what matters. To stop worrying about what others will think, to let the fear of failure hold you back, or to be afraid to start something that you might not finish. One of my older professors, who at almost ninety, still gives lectures, reminded us that everyone leaves something unfinished, even if it is just your breakfast.

For me, one of the gifts of losing my loved ones was to write a memoir about making friends with death, start The Death Dhamma Podcast, and to I truly start showing up and speaking and writing about death. Because as my dear father used to say, “Nobody gets out of this alive.”

Thank you for reading Grief Brings Gifts, it is an excerpt from Sitting with Death: Buddhist Insights to Help you Face Your Fears and Live a Peaceful Life, by Margaret Meloni, Ph.D. It is available on Amazon and through your local booksellers. 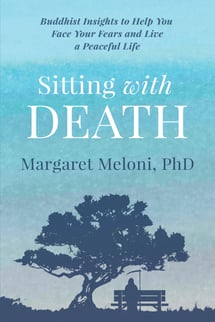 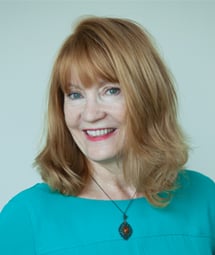 Author bio: Margaret Meloni, Ph.D is a businessperson, Buddhist practitioner, and an advocate for what she calls Death Dhamma. The practice of inviting the awareness of death into your life. She has seen how Buddhism, combined with a healthy respect for the Grim Reaper, has helped her create a life with more peace and less suffering.