12 Famous Artist Signatures and Their Meanings 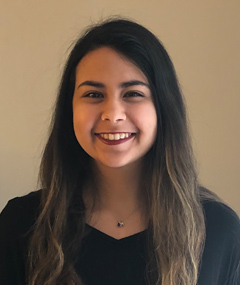 Handwriting analysis—also known as graphology—is controversial in the science world; however, the practice has strong historic roots and results in fascinating conclusions.

Developed in the 19th century, many did and still do believe that a person’s handwriting reveals something about their personality. Graphologists analyze everything from the size of letters to the degree and regularity of slanting, angularity, and curvature. They also consider the appearance of the writing and the pressure of pen on paper.

While not all scientists agree on the validity of graphology, the practice is often used to assess child development, to give career advice, and for psychological analysis. In this post, we’ve looked at 12 famous artist signatures and interpreted their meanings using basic handwriting analysis.

Leonardo da Vinci is a world-famous Italian painter known for painting the Mona Lisa and The Last Supper during the Renaissance period of the late 15th and early 16th centuries. Da Vinci is one of the most talented painters of all time, and understanding his personality can tell us more about his artwork.

Da Vinci’s signature includes many angles, which shows that he was likely a proud and determined man. His signature also looks inventive and bubbly in appearance, which may show his creativity.

Albrecht Dürer was also a famous painter during the late 15th and early 16th centuries. Dürer was a German painter who painted The Feast of the Rosary and The Young Hare. Instead of a signature, Dürer monogrammed his paintings.

His monogram is easily recognizable because of its bold strokes, which shows his strong-minded personality. The large size of his monogram may also show that Dürer was imaginative, but prideful.

Most people best know the Italian artist Michelangelo for his masterpiece of the Sistine Chapel painting in the Vatican. Although Michelangelo was a talented High Renaissance painter, he was also a sculptor, an architect, and a poet.

Michelangelo’s signature was small, neat, and scripted. The size and appearance of his signature show that he was likely introspective with a solitary nature. Some analysts also believe that the right slant of his signature means he was stubborn.

Rembrandt was a Dutch painter living in the Netherlands during the 17th century. He was well-known for his self-portrait paintings and his paintings of biblical scenes. Some of his famous works include The Anatomy Lesson, The Night Watch, and The Return of the Prodigal Son.

His signature looks somewhat shaky in texture and includes large spacing between letters. This may mean Rembrandt was generous and discerning but needed frequent praise.

Mary Cassatt was a famous impressionist painter born and raised in the United States during the 19th century. Cassatt lived much of her adult life in France, which inspired some of her famous works, including The Child’s Bath and Little Girl in a Blue Armchair.

Cassatt’s signature is bold and slanted to the right, which may show her meticulous nature; however, the boldness trails off toward the end of the signature, which displays an impulsivity or impatience within her.

It would be difficult to find anyone in the world who doesn’t know the name Pablo Picasso. Picasso was a child prodigy in Spain during the 20th century, known for his unique Cubist paintings. His signature includes heavy line pressure, wide spacing between letters, and an underline for additional effect. These characteristics may show that Picasso was consistent in his work ethic, while remaining happy and expansive in personality.

Joan Miró was also a Spanish painter during the 20th century, but his paintings belonged to the Surrealist art movement. Equally unique as Picasso’s work, some of Miró’s famous paintings include The Sun (El Sol) and The Harlequin’s Carnival.

Miró’s signature includes a large and rounded “M” with smaller, followed by underlined letters. His signature matches his upbeat personality, while also revealing his calm and proud demeanor through a lack of slant and boldness.

Salvador Dalí was another Spanish painter during the 20th century who took part in the Surrealist art movement. Some of his famous works include The Dream Caused by Flight of a Bee and The Persistence of Memory.

Dalí’s signature is unique and whimsical in appearance. It’s bold from start to finish, slants to the right as the last name begins, and straightens out toward the end. Dalí’s signature suggests that he was eccentric and resisted convention, yet he was highly intelligent.

Frida Kahlo, another Surrealist painter of the 20th century, lived in Mexico and is well known for her self-portrait displaying braided buns atop her head and her thick eyebrows that come together in the middle of her forehead.

Kahlo’s signature slants to the right but remains flat and even on top. This shows that she was prideful and determined. She also changes pressure throughout, which may show that she was highly sensitive and troubled.

Yayoi Kusama is a Japanese sculptor and painter specializing in pop art. She is most famous for her large installations shown in museums across the world. Now 91 years old, she isn’t working like she once did in the early 20th century, but some of her famous works include Pumpkin and Dots Obsession.

Kusama’s signature is small, neat, and scripted. It shows that she is routine-oriented and practical. The narrow letter spacing may also imply that she has an anxious personality and is closed off from others, which could contribute to her creativity.

Banksy is an anonymous street artist in England who uses many signatures to accompany their contemporary work. One of their famous works is Girl with the Heart Balloon painted in 2004. Although they use different signatures, the signature is always large and bold with little spacing between letters. This shows a confident and intellectual individual behind the brush.

Kehinde Wiley is a contemporary American painter known for his highly realistic portraits of African Americans. One of his famous paintings is his portrait of Barack Obama painted in 2018.

Wiley’s signature is tall, narrow, and scripted. His signature also includes a slight slant to the right. These characteristics show that Wiley is likely precise and demanding. He also may have a strong personality that strives to disrupt convention.

How to Analyze Your Own Handwriting

Analyzing handwriting can confirm what you already know about someone’s personality or give you additional theories to explore about them. You can also use the signature interpretations above as a guide to learn more about your own handwriting.

There are many ways to assess handwriting including pressure, spacing, slant, curvature, size, and overall appearance. We hope analyzing your handwriting will help you learn more about yourself. You can use the information you gain to ignite your creativity and inspire you in your writing! 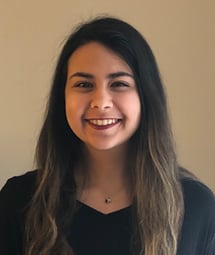 Author bio: Hana Rehman is a content creator who strives to create compelling and informative stories. Her passion for digital marketing and creative writing has led her to cover unique topics in a variety of industries, from the tech space to art museums.

JOURNALING FOR THE HEALTH OF IT® RESOURCES